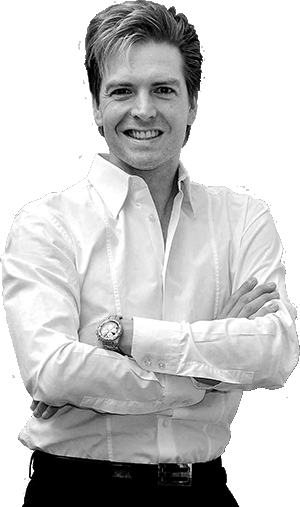 After successfully completing his second state law exam in 2000 (bar exam), he was admitted to the bar in 2001.

Between 2001 and 2002, under the mentorship of Prof. Dr. Dr. h.c. mult. Gerhard Schricker he wrote a dissertation on the topic “Copyright Protection for Creators of Television Shows and Television Show Formats” that was funded by a scholarship from the Max Planck Institute for Foreign and International Patent, Copyright and Competition Law in Munich and was later published by the Nomos publishing house as a comprehensive practical manual for the film and television industry.

From 2003 to 2005, Dr. Heinkelein worked as a lawyer at a large law firm in Munich and in a medium-sized law firm, focusing on the area of sports, entertainment and media law.

In addition to the publication of further works, during this period, he gave presentations on the issue of “format protection” at the international film and television festivals in Cannes (MIPCOM and MIP-TV), Monte Carlo (Monte Carlo Television Festival), Lucerne (Rose d’Or Festival for Entertainment Television Programming) and Marseille.

Together with the English entertainment lawyer Jonathan Coad, Dr. Heinkelein was a founding member of the “International Format Lawyers Association” (IFLA), an international network in the entertainment sector of globally leading lawyers, at the beginning of 2005.

From 2005 till 2017, Dr. Heinkelein was running his own law firm Heinkelein | Voigt Attorneys-at-Law, specialized particularly in sports, entertainment and media law including the marketing of sports rights as well as management of athletes and artists.

12 years of competitive sport gymnastics at the Bavarian Centre of Excellence in Munich.

Numerous engagements as a host at sport and show galas, company shows, dance shows, fashion shows, etc. including major events such as:

Since 2006, producer of various entertainment formats, among others:

2006-2016, founder and CEO of the production company specializing in the development of entertainment formats.

Several engagements in television productions, including:

The Protection of Television Formats in German Copyright Law – Regarding the Decision by the Federal Court of Justice: “Broadcasting Format”

The Protection of Television Formats in German Copyright Law – Regarding the Decision by the Federal Court of Justice: “Broadcasting Format”

To Be on the Safe Side: Legal Protection of Formats

To Be on the Safe Side: Legal Protection of Formats

Presentation at the MIP-TV
Cannes, 2004

So is it Time to Stop Stealing the Show?

So is it Time to Stop Stealing the Show?

To Be on the Safe Side – How to Protect Your Format?

To Be on the Safe Side – How to Protect Your Format?

Presentation at the House of Documentaries
Stuttgart, 2004

The Launch of the International Format Lawyers Association

The Launch of the International Format Lawyers Association